A Simple and Clever Mind Trick

This is a variation of a famous magic trick which over the years has appeared in different forms - usually on-screen, such as on a web page or TV.

It's not magic, but can be baffling to some people, until or unless you understand how it's done.

This is simple example of the trick using dominoes is usually good for one time.

This is a quick illustration of how easily the brain can be fooled into believing something unreal. You might see elsewhere more complex examples which can be repeated several times.

The trick often works for several people at the same time, and so can be a useful demonstration to groups of lateral thinking, and how the brain does not always think correctly about things, even though at the time we can be convinced that our thinking is correct. 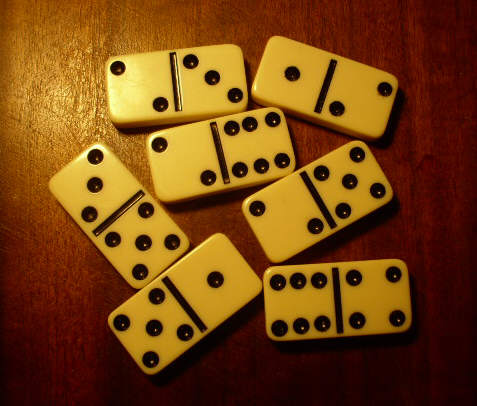 2) Keep thinking of your Domino - scroll down... 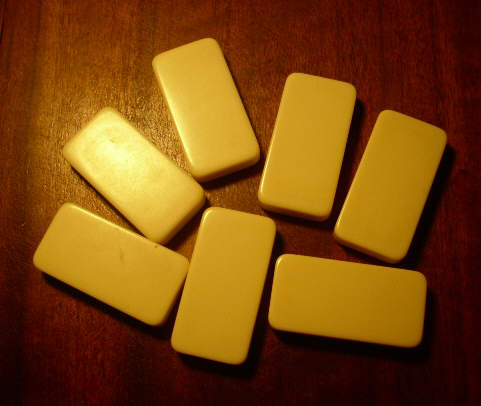 3) Your Domino is now removed, scroll down... 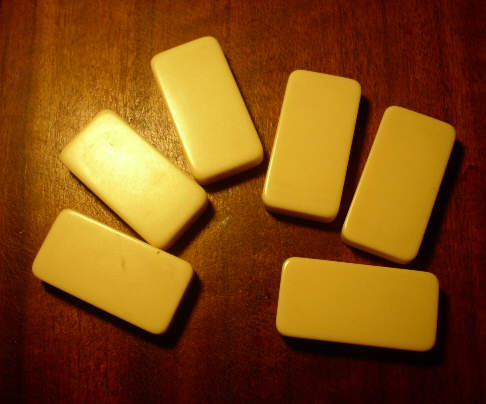 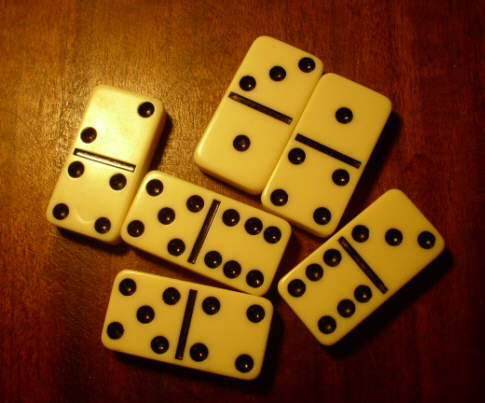 This trick is good for one time, unless you've seen it before or are clever enough to guess immediately how it works.

You'll work it out if you scroll up and try again, probably...

If using this trick with groups, you might find this contextual material helpful, aside from whatever context you develop for yourself.

The way our brains function is obviously a fascinating subject which can be connected with all sorts of work and life issues.

The trick is like a lot of other magic; it's a deception based on distraction. The brain is persuaded to focus on a false element within the situation.

Examples of this sort of deception are everywhere in life, sometimes arising in far more sinister ways than in magic tricks:

The same principle is employed by 'distraction' burglars working in pairs, in which a victim is kept talking about a false issue while an accomplice is stealing from the property, unnoticed. The distraction of the brain is so effective that criminals usually depart without the victim knowing that anything has been stolen.

Retailers commonly advertise huge savings on certain products. The brain is distracted by the saving, and makes a purchasing decision based on the (usually inflated) saving, rather than focusing on the true value of the offer.

Politicians for centuries have used distraction in their methods of governing and maintaining control, notably with warnings and predictions about national security. People's thinking is distracted by false or exaggerated threats, and away from the truly meaningful issues of the day.

Distraction has a huge influence over the way we use our brains.

The domino trick reminds us how easily we can become focused on false evidence.

Fear, and many related emotional responses such as prejudice, anger, distress, etc, are typically borne of distraction by false evidence.

Interestingly an acronym of the word FEAR is False Evidence Appearing Real, which is a very concise expression of the effect.

Extending the discussion further, when we feel fear and anger, etc., our brain is often being distracted by unconscious memories and triggers which are hugely disproportionate to the true threat. The origins of Transactional Analysis offer a helpful explanation as to how this happens.

Other fascinating materials for learning teaching, fun, etc, for example:

Next: How to make a Baking Foil Horse